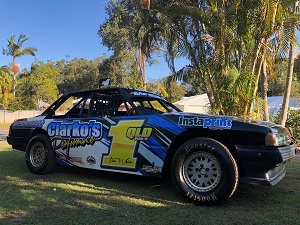 The next rain event in Toowoomba is set for Saturday 9 May when the the rescheduled Queensland Modified Sedan Title will be attempted once again. ??

This night will double as the grand final of the SSW Series as it was already scheduled.

The T-Bar Nationals will be held on 25 & 26 April which means it’s a great opportunity for traveling drivers (north and south) to pick up two big events in Toowoomba in the space of a few weeks.

Nominations for the re-run of the Queensland Title are now open. ALL DRIVERS previously nominated must nominate again, however you won’t need to pay the nominate fee. Alternatively, for those that would now like to compete, can nominate now aswell.

We’ve got a feeling that this special one night Queensland Title will be a huge and has already attracted a lot of interest from right around the country.