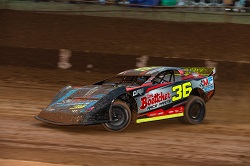 The 2019/2020 McCosker Super Sedan Series fires back into life after a six week break this coming Saturday Night at the Bundaberg Motorplex.

Twenty Nominations have been received but interestingly series leader Matt Pascoe and Sean Black who sits second in the standings are not in the field.

Multiple National Champion Darren Kane showed improved car speed on his recent trip to Tasmania and will be out to get his IBRP Q36 Dominator in to form heading into next month's SSA National Super Sedan Title.

Zac Pascoe has been impressive in his opening season along with fellow young gun Sam Roza.